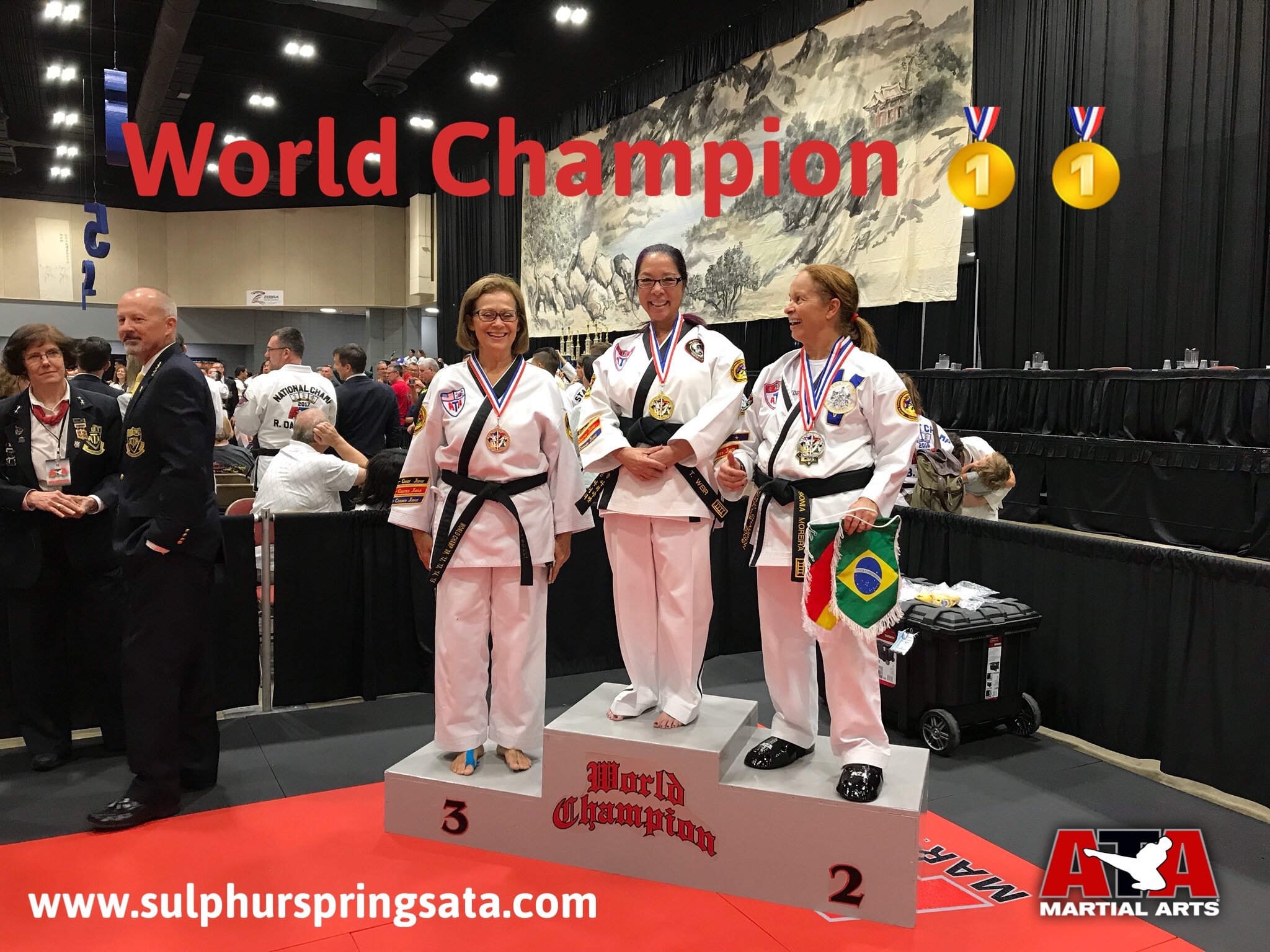 Little Rock – Taanya Weir won her second World Championship at the 2018 Songahm Tournament of Champions Friday.  She ended the 4th-5th Degree Black Belt Women Traditional Weapons competition in a three way tie for first place. After a second performance, she was crowned champion.

Harleigh Stegient closed the day winning a Bronze Medal in Combat Sparring.  One of the largest divisions off the day, Ms. Stegient won her first two matches before losing to the eventual gold medalist 10-8. She then won the 3rd place match to earn the medal.

Corey Shadix, Troy Wagers, and Chris Miles also qualified for this prestigious world event.  Although they did not place, they performed well in their events.